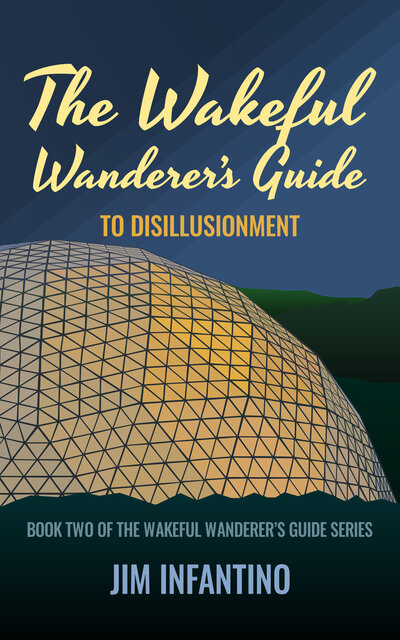 Marto: the traveling historian, has exiled himself to protect the ones he loves from his dark secret. In his absence, Helen struggles to find her place among the Interconnected, unwilling to return to her cruel, Traditionalist family. Reyleena has returned to a life of quiet solitude, broken occasionally by the impositions of The Other who cannot leave her alone. Barnabas fights to get back to his town and regain control in the wake of a chaotic attack. Nora, trapped in Reverside and must come to terms with her new life in captivity.

This middle book of the Wakeful Wanderer’s Guide series delves deeper into the origins of the Interconnected and Traditionalist worlds, and broadens the perspective on both. The Memoria emerges as a force that might dissolve the divisions between these cultures. Old friends hold the key to forward progress or a backslide into disaster. The struggle to control the future of humanity in this near-future America is a battle of cultures, stories, and ideals.

Books ship starting June 9, or as soon as they arrive from the printer. Pre-sale orders will ship first.