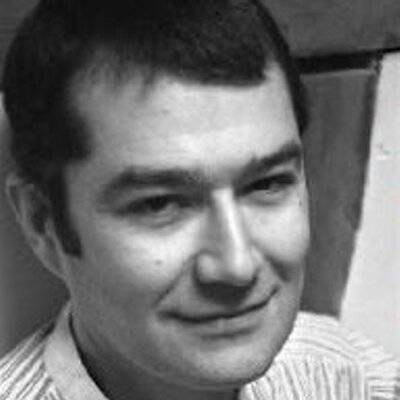 He thought there might be something wrong with the birds. Turning his head, Marto took another look at the interior of the old writing room. On one wall, a hanging tapestry depicted a partridge hunted by men and dogs in a field of red. The partridge fluttered nervously. The dogs sniffed at the ground. Feeling thirsty, he glanced about looking for a goblet or a pitcher of wine. There wasn’t one, so he stared back out the window at the birds. It wasn’t the birds. The birds were fine. It was time to make a start.

The Lester Sunshine Inn used to be a private mansion for wealthy families before it was sold and converted to a bed and breakfast. After The Great Tide, it was transformed into a shared salon where the Interconnected could dream and create in comfort and serenity. The next episode of the Wakeful Wanderer’s Guide starts in this grand house, at a nexus of history and happenstance. Dear friends, followers, and readers, this is where our new adventure begins.

Marto set his quill back down in the inkwell and re-read his opening paragraph. His clumsy scrawl rearranged itself into neat rows of graceful script on the antique page. Satisfied, he lifted his head to gaze back out over the Sea. He spied rock doves, ivory gulls, and terns playing over terraced groves of olive and lemon trees.

All at once he saw it. It was the sun, not the birds. The sun was setting in the East. It was stuck in the same position on the horizon for a half hour now, intersected by a thin pink cloud. His window was clearly overlooking the Ligurian coast of the Italian Peninsula and the sun was setting the wrong way. There was a rasping noise behind him. He spun to face the stone spiral staircase. He heard the scrape, clank, and rattle of metal chains coming from below. [“Wow, who wrote this?”] he thought-texted to no one.

Of course, he knew the answer. He gave ratings and feedback before sending the commands, [“save”] and [“exit”] and returned to the waking world.

The tower faded, as its floor, the sea, and the earth itself gave way to stars, moon, and sun before finally going black. There was a moment of vertigo as the body left its engaged state in the construct and found its natural position in the waking world. Marto’s eyes opened to daylight filtered through the tall, white-framed, rectangular window panes of the Lester Sunshine Inn.

Marto’s full name was Marto « Maria « Denise « Martina « Joia « etc, a convention used by the Interconnected to trace the lineages of their foremothers. He sat, relaxing on a sofa in the parlor. The Inn was a sturdy stone and beam home, built in the grand style of the late nineteenth century. It could well withstand the violent storms that hit so often these autumn days.

Near him on the threadbare rectangular sofas and shabby geometric chairs were two dozen dreamers, super-mods, and socials. The faded 200-year-old Iranian rug was slowly turning to dust. A large industrial steel coffee table hunkered low and bare. The shabby interior was a feature of the Inn, considered charming by most. Marto was too accustomed to it to find it charming. He wanted a breakfast bulb.

His feedback on the medieval writing castle received a response by its creator. Delamine « Tourea « Yasmine « Delphinia « Rosemarie « etc took issue with him at once. [“The sun isn’t setting, it’s rising,”] she thought-texted him from the Great Lakes tribe in Lakeshore. [“Though I am honored by your review,”] she added.

[“There is a distinct difference in both the temperature and quality of light. It did not seem like a sunrise to me,”] Marto countered, [“I recommend some revision there.”]

After a gap, Delamine expressed her appreciation for his valuable feedback. She requested he try again after she had made some changes.

[“Also – what is with the clanking sound? Is it a dungeon?”]

[“My other visitors find it romantic and exciting,”] Delamine returned. [“It has seen a fair bit of use but I can remove it for you as a personal config.”]

[“Well, if you are after romance, a little wine would be nice. Maybe something from the era if you can find the data. It also should definitely be sunset. Put a window on the other side or move the whole construct to the western coastline. The incongruity was too distracting for me. I thank you, Del. While your new creation does not fit my current needs, I continue to be a fan. Until next time,”] Marto replied, signing off.

He appended his review with pleasant thoughts about the eagerness and expertise of the villa’s author, pausing midway to accept a breakfast bulb from a member of his tribe.

Marto stayed, when he was not out roaming and writing, in Reverside. Located near the rebuilt Tappan Zee Bridge, it was one of the largest tribal communities in The Lower Hudson Valley. He fancied himself a historian, adding context and perspective to the ever-present mountains of data. His followers knew him as a travel writer.

He published both as rich-thext and in English text and his work was both re-thexted and translated by a growing number of fans. He had heard that his work was enjoyed by people as far away as the tribes of Australia and had some readership among the Luddite Neo-Feudalists. Marto regarded the latter as a high compliment, though it sometimes made him nervous.

The breakfast bulb was created by a local named Thirty/Fourteen, dreaming up dishes in the Inn’s kitchen. Marto held a round bud-vase shaped vegetal wrap filled with spicy sweet beans, a touch of pickled beets and a single chicken egg. It was a gift from Thirty, delivered by Dexter « Wendi « Maria « Martina « Amparo « etc. This particular breakfast bulb was known by Thirty to be one of Marto’s favorites.

Marto rated both the breakfast and the delivery highly and decided on a walk around the town to digest. The hot summer weather was finally giving way to autumn, such as it was and the air felt dry. Marto stood in what once was a circular driveway, now a slight impression in the sheep shorn grass.

The Inn crouched atop a gentle hill with a commanding view of the town and the river. The great bridge was visible to the north and the center of the town was a 15-minute walk in the same direction.

The brisk air and quiet of the morning felt refreshing and rich. Marto passed groups of small cube-shaped dwellings staggered at angles along curving lanes. Various community members were waking up, exercising, stretching, and starting their day. Marto knew them all and sent greetings of [“good morning,”] with replies in kind. At the end of Benedict Lane, a new home was being printed, dotted with hundreds of palm-sized robots. It was nearly complete.

Suspending his usual intake of the day’s news, he focused on the undistracted feeling of walking. The path beneath his feet was dark gray and smooth, comfortable even with bare feet, which was the custom in Reverside. The surface had a dark gray sheen and it curved gently to the middle. Thinking about the benefit of roads in his everyday life, Marto decided to give spontaneous Merit to the local road techs; Dizzy, Mem, Lacy, and Bryce.

Up ahead of him, he saw Piter and waved.

[“Morning Piter, how goes the nursery?”]

[“Just coming from there.”] Piter was eating something as he walked past. [“Taking a break from Astrud and Billi. They were up and down a lot last night. They’re fine now. Normal baby stuff. I hear you are heading out soon?”]

[“Yup, just putting things in order before the trip.”]

[“I love the unicycle. Keep an eye out for the critters! They tend to trip you up.”]

He looked up and saw a group of children teasing apart a dandelion cube with bamboo poles. The impacts sent the photosynthetic seedlings into the air. Tiny and light, they would find updrafts and suck up enough carbon and methane to drop back to earth. A lucky few would become the seed for a new cube. Dandelion cubes like this one would break apart on their own given time but children in tribes everywhere loved to tease them apart as soon as they showed signs of sprouting. The children at this cube were singing a revised version of Frère Jaques out loud.

Following the path toward his home, he glanced at the top of the enormous blade farm in the north of Reverside. Recently reconstructed, its design was like many other vertical farms but with an innovative feature keeping it safe from the frequent and violent storms. The entire 150 meters tall, 100 meters long, 200-hectare farm was able to collapse into the ground to protect itself during a hurricane or tornado. It was a major upgrade for Reverside and sat on what used to be a high school football field. Its author was Maxtor « Dorina « Georgina « Chari « Shandra « etc, known to all as Maxtor Uber G, of stratospheric Merit. His each and every wish was fulfilled before he ever had to think of it.