“The Wakeful Wanderer’s Guide combines the best of sci-fi as a genre with the quirky intellect of a true artist and is a joy to read on every level.” 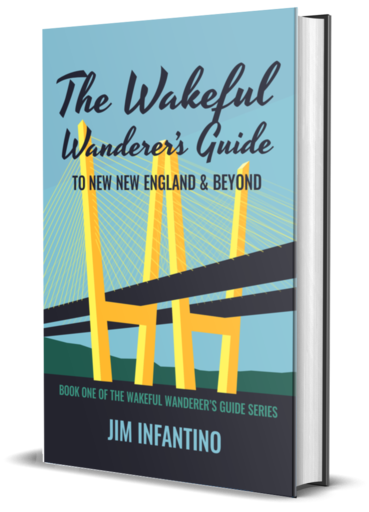 The Wakeful Wanderer's Guide to New New England & Beyond

a novel by Jim Infantino: the first book of the Wakeful Wanderer series.

A captivating, fresh envisioning of a climate-changed future seen from two starkly different cultural perspectives, The Wakeful Wanderer’s Guide to New New England & Beyond follows the paths of a runaway aristocrat, a Luddite tyrant, a spy seeking retribution, and a wandering historian unicycling north along the crumbling Boston Post Road.

Marto Boxter is a plucky journalist with a head full of implants. He is planning a unicycle ride from his town of Reverside-on-Hudson through the climate-altered communities of New New England, posting his thoughts in real time for his interconnected followers via technological telepathy. Before he can go on tour, a wanderer named Helen arrives with secret information that throws Marto’s placid world into turmoil.

Miles to the south, Barnabas Yoniver IV, the leader of a Luddite town launches a plot to disrupt the life of all upgraded human beings and bring them back to the traditional economy of markets and governments. Meanwhile, rival Luddite families plot to prevent Barnabas from grabbing too much power for himself.

This darkly humorous reflection of our changing world is an exploration of what it means to be human as our relationships with technology become increasingly intimate. 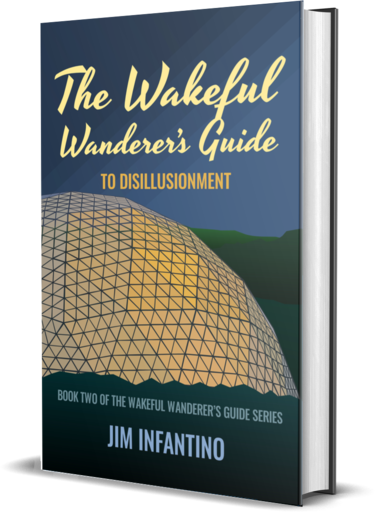 The Wakeful Wanderer’s Guide to Disillusionment

Marto: the traveling historian, has exiled himself to protect the ones he loves from his dark secret. In his absence, Helen struggles to find her place among the Interconnected, unwilling to return to her cruel, Traditionalist family. Reyleena has returned to a life of quiet solitude, broken occasionally by the impositions of The Other who cannot leave her alone. Barnabas fights to get back to his town and regain control in the wake of a chaotic attack. Nora, trapped in Reverside and must come to terms with her new life in captivity.

This middle book of the Wakeful Wanderer’s Guide series delves deeper into the origins of the Interconnected and Traditionalist worlds, and broadens the perspective on both. The Memoria emerges as a force that might dissolve the divisions between these cultures. Old friends hold the key to forward progress or a backslide into disaster. The struggle to control the future of humanity in this near-future America is a battle of cultures, stories, and ideals.

Cover design by the author

The Wakeful Wanderer's Guide to New New England & Beyond

The Wakeful Wanderer's Guide to Disillusionment

The Wakeful Wanderer's Guide: To New New England & Beyond

Pestilence and Plague: An Anthology of Stories About the Virus